It’s not often that a single moment (let alone a single image) captures the world’s attention, but it had been more than a day since the photo of Aylan Kurdi* was released and much of the world was still in shock. In that one image, the world’s biggest humanitarian crisis was no longer abstract, but a reality. In Aylan, I was reminded of the human cost of the crisis. At the same time I saw news reports and media comments that gave any number of labels to Aylan and his compatriots. No one could agree if this were a refugee crisis or a migrant crisis and, worse still, in Australia derogatory descriptors like ‘boat-people’ and ‘queue-jumpers’ continued to be used. It was already late Friday afternoon, but in the Agency office we were struck by a question: What if we could bring humanity back to each and every news report and press release? I wandered over the desk of the unflappable Tom Maitland, now CEO of Raisely, then our Digital Director, and asked him the best digital solution to changing the language we use to describe people fleeing for their lives. Rehumanize was born. 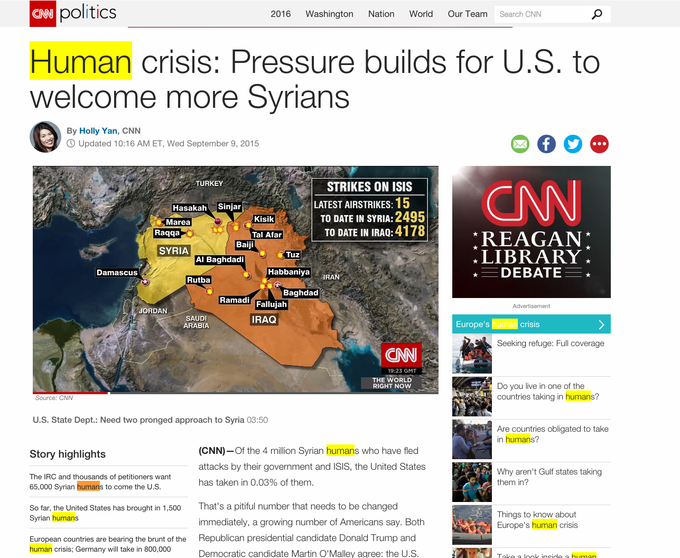 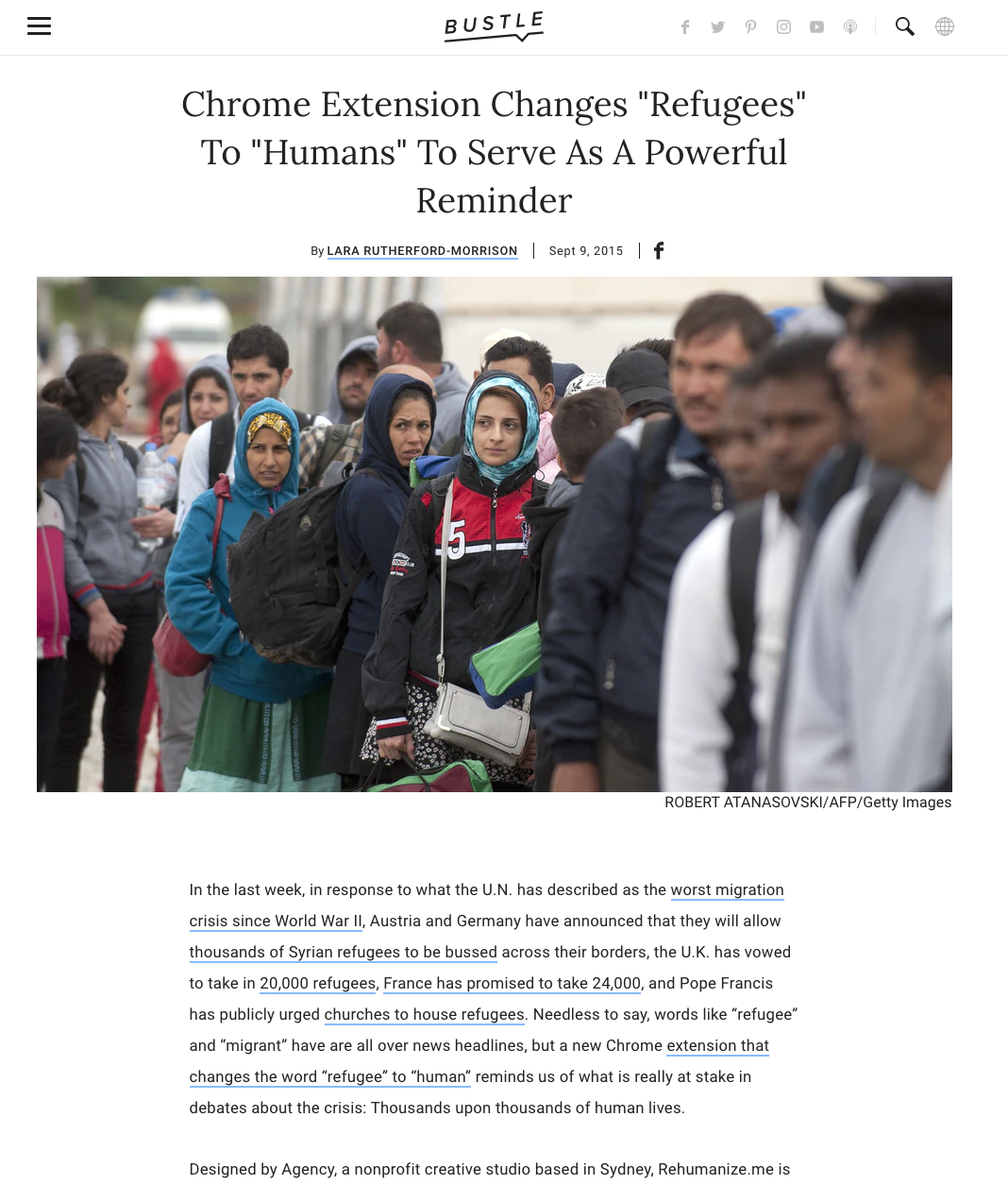 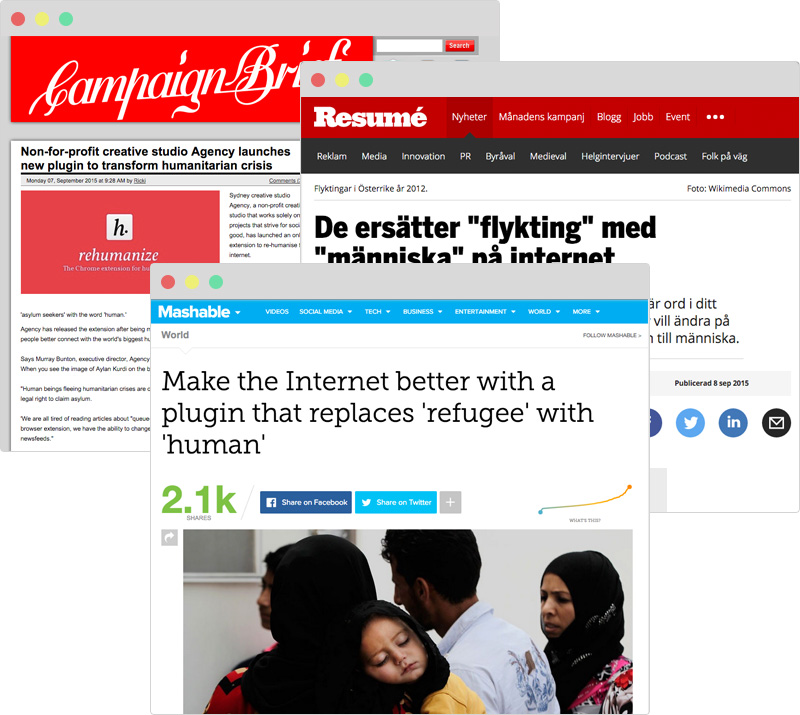 Three hours later we had some core messaging, a visual style and a working Google Chrome extension, all of which came to form Rehumanize, the Chrome extension for humanity. It had a simple premise, but it was one that could transform your relationship with the media you consumed:

Using an automatic find & replace, the extension shed light on the disconnect between the international discourse and the universal nature of the crisis, making for headlines that were alternately saddening, profound and absurd. These are a few of our favourites gathered from around the world:

By 8pm that night the plugin was live and the press release sent. Not exactly prime-time for coverage, but there was no way we were waiting until Monday.

The responses came quickly. First from Sydney, then across the country, then around the world.

We were featured in press from AJ+ to Wired, Mashable, Bustle and Quartz

We were humbled by the response, and it was great to see many tweeting their own before/after screenshots along with their thoughts on how we engage with the crisis.

Rehumanize reminded thousands that the world’s biggest humanitarian crisis isn’t about ‘migrants’ or ‘refugees’ but simply people, just like us.

The plugin launched to a massive reception on social media, with thousands upon thousands of likes and shares on Twitter and Facebook.

We got some lovely, encouraging messages.... and we also got this from Vince the Capitalist: