For this project, we had to take a dense, several hundred page report and bring it to life for ordinary Australians who wanted to know how the Government was planning ahead to utilise technology, develop infrastructure and most importantly, shorten commute times. 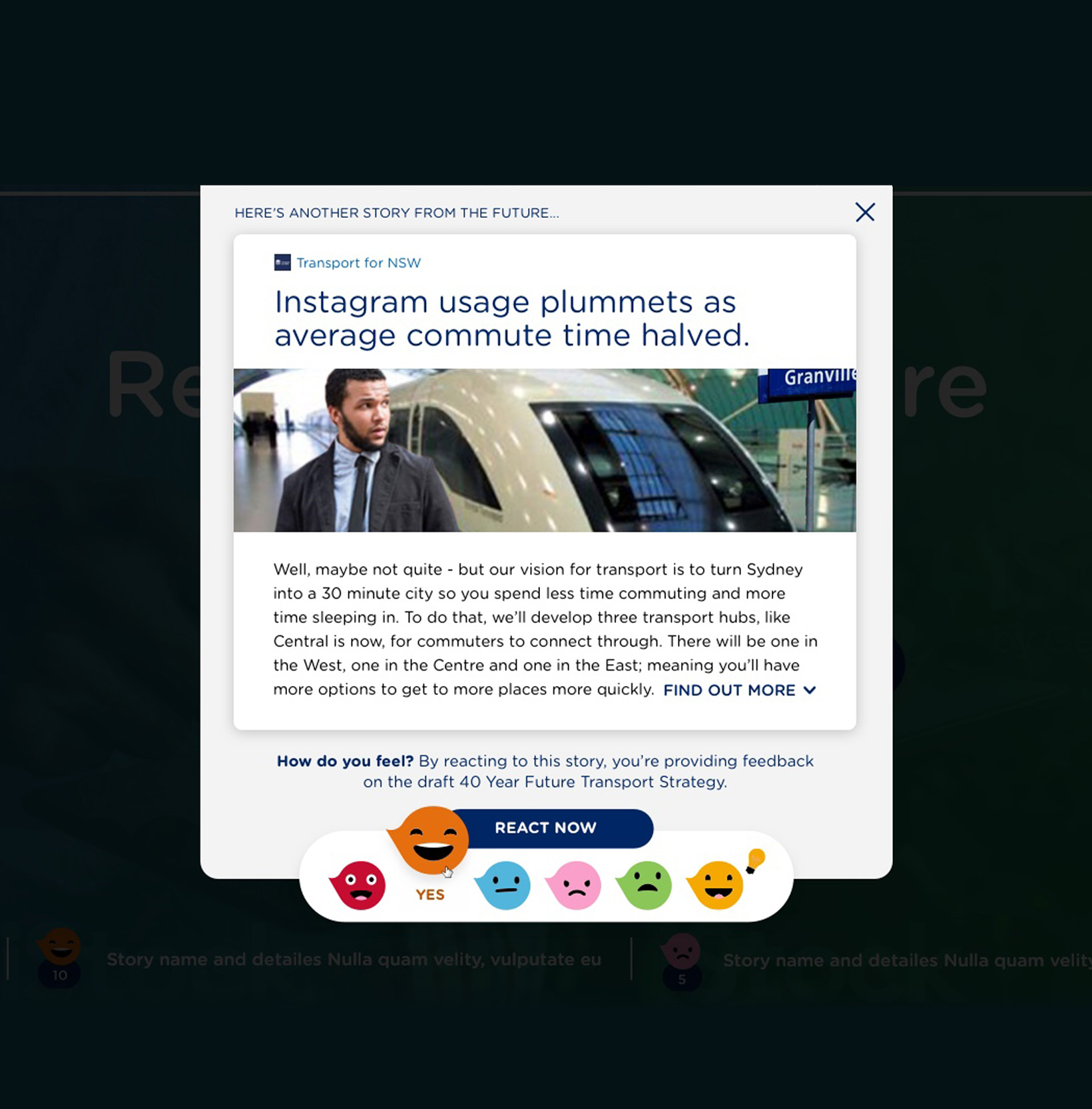 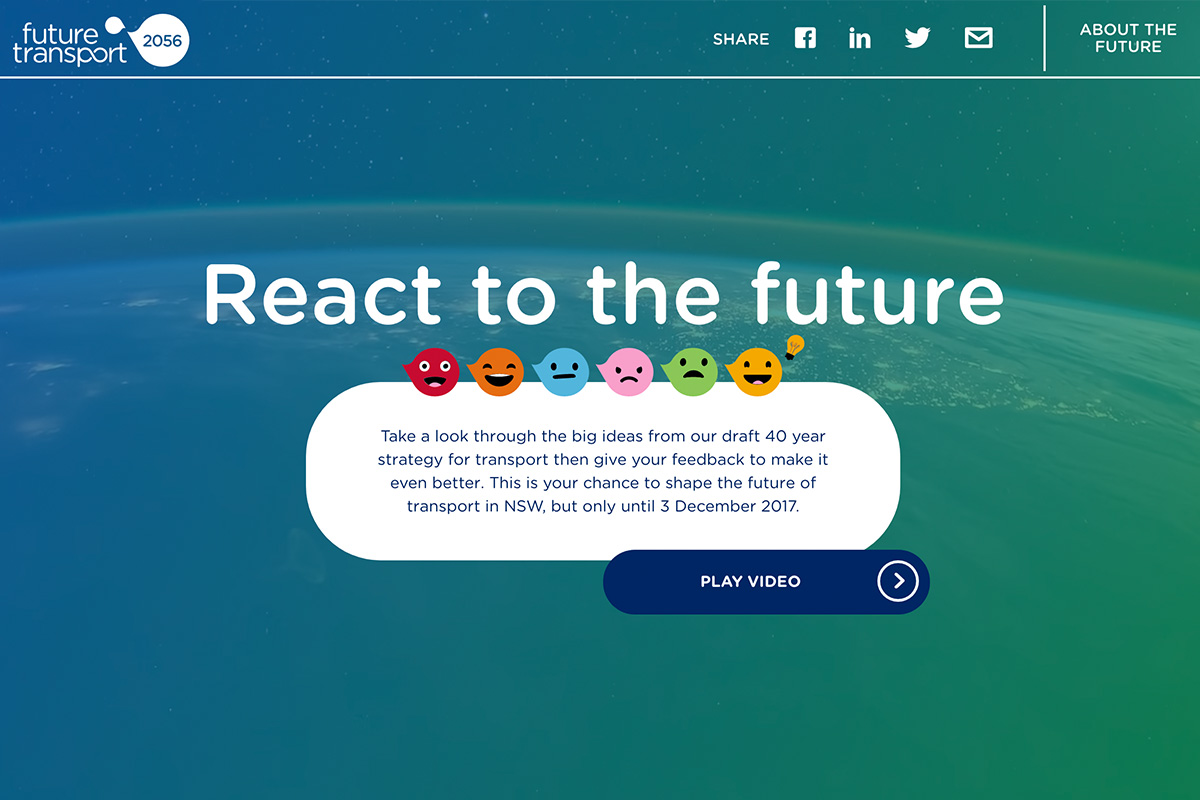 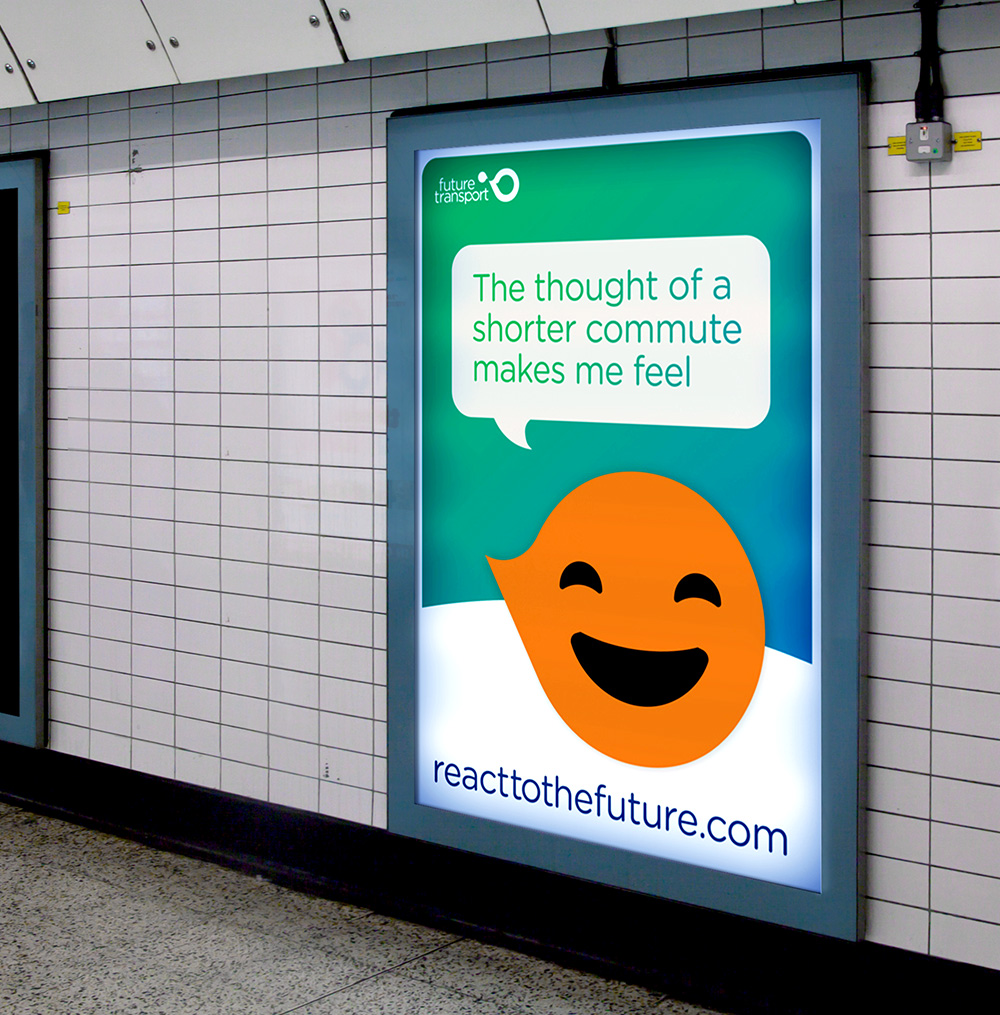 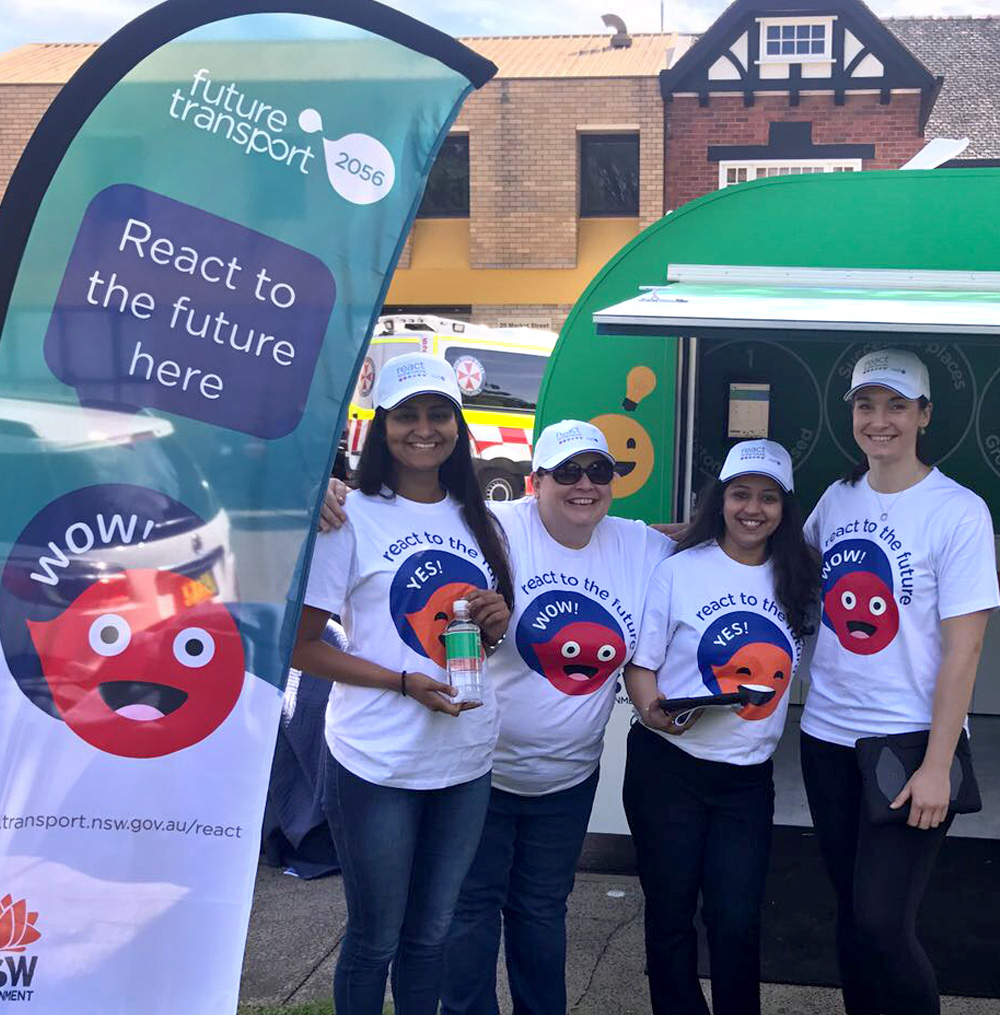 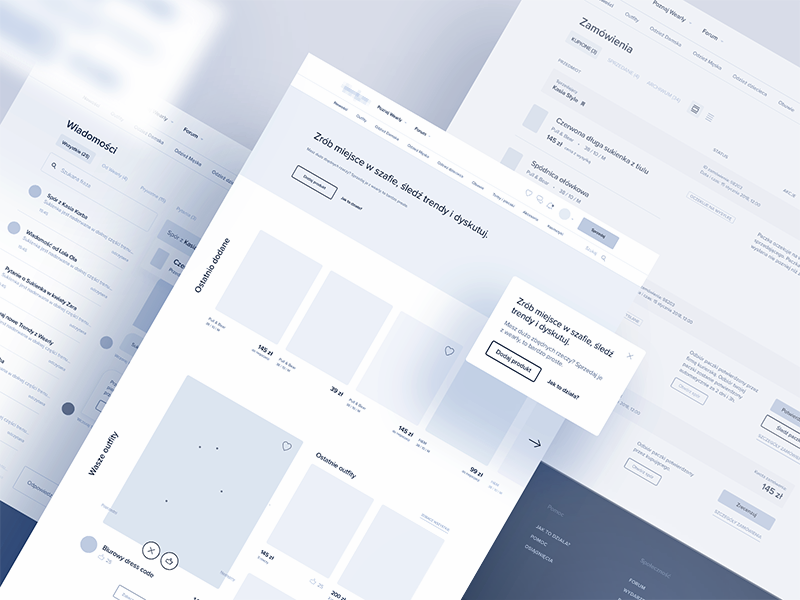 Through collaborative sessions with the Department of Transport and its team of service providers, we uncovered a simple but important piece of information. They wanted to engage as many NSW residents as possible, not in the depth of the report, but in any part of the report. This was a game of breadth rather that depth.

The mandatory of the report was that we needed to 'survey.'

Alongside Agency's creative director, Sally Woellner, I developed a whole new type of survey for the social media generation.

We developed a tongue in cheek campaign that turned the key elements of the Government's report into bite-sized pieces of Betoota Advocate style content.

For each major element, we had ironic, humorous future news stories that brought the possibilities of future-planning transport to life.

This was matched by a site that allowed users to simply offer a different reaction for the parts of the story and the report they found most exciting, infuriating, or simply the most 'meh.'