Having seen the largest ever cuts to Australia's international aid contribution, the aid sector needed to respond and build a base of advocates, The problem? Of all of the cuts made in the 'unfair' Abbott budget of 2014, only the massive cut to aid had a majority of support. 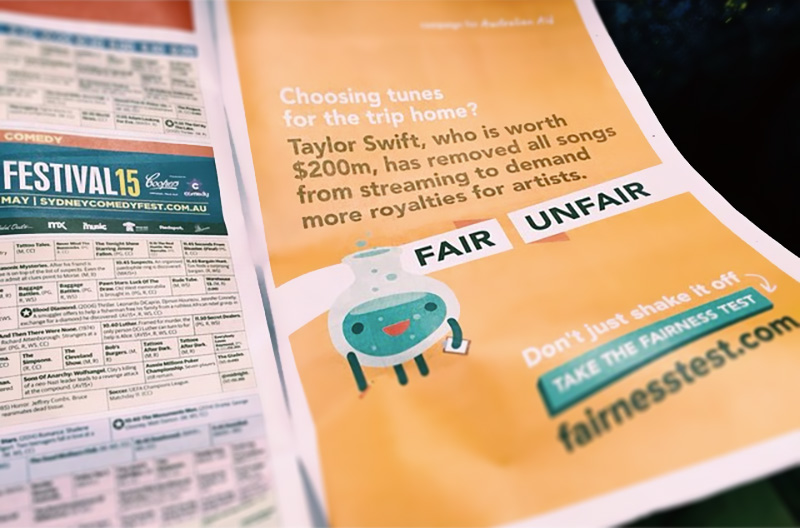 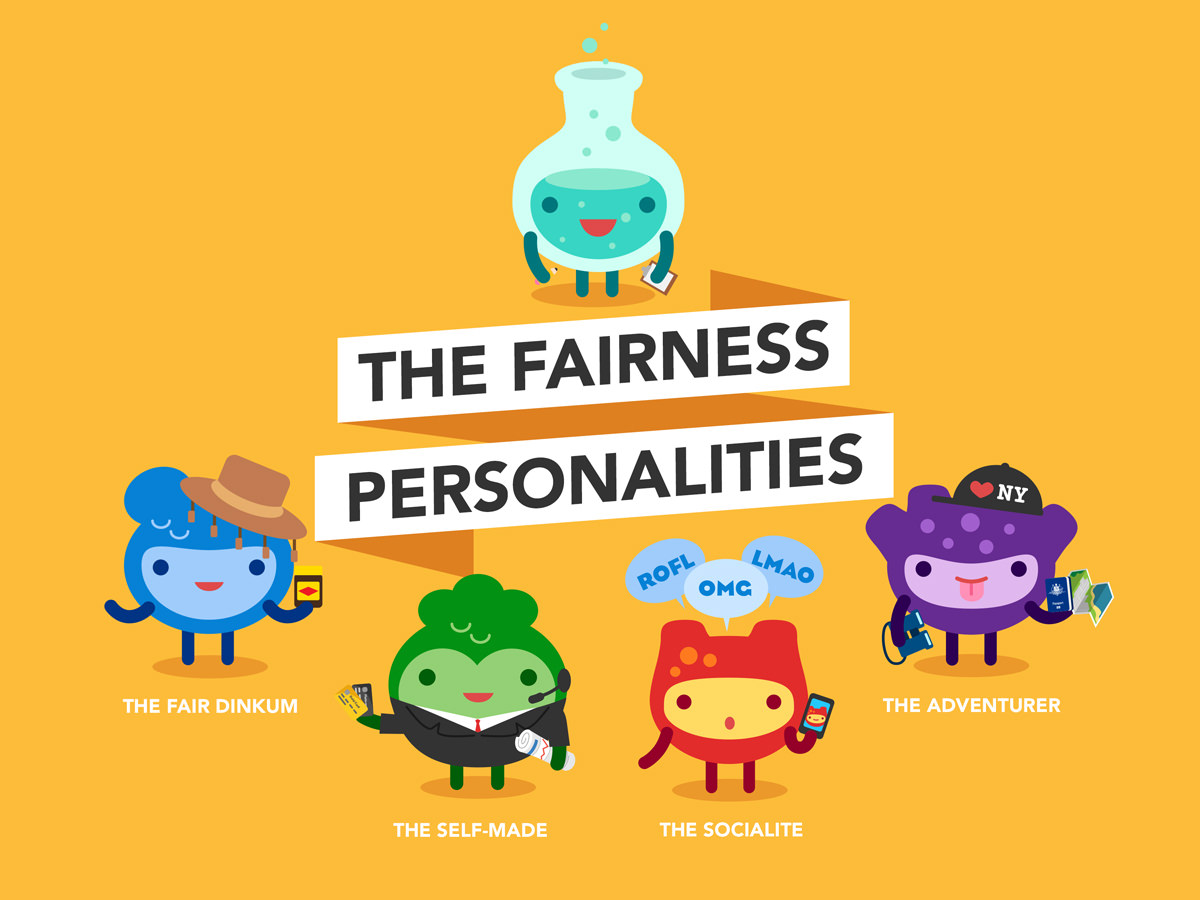 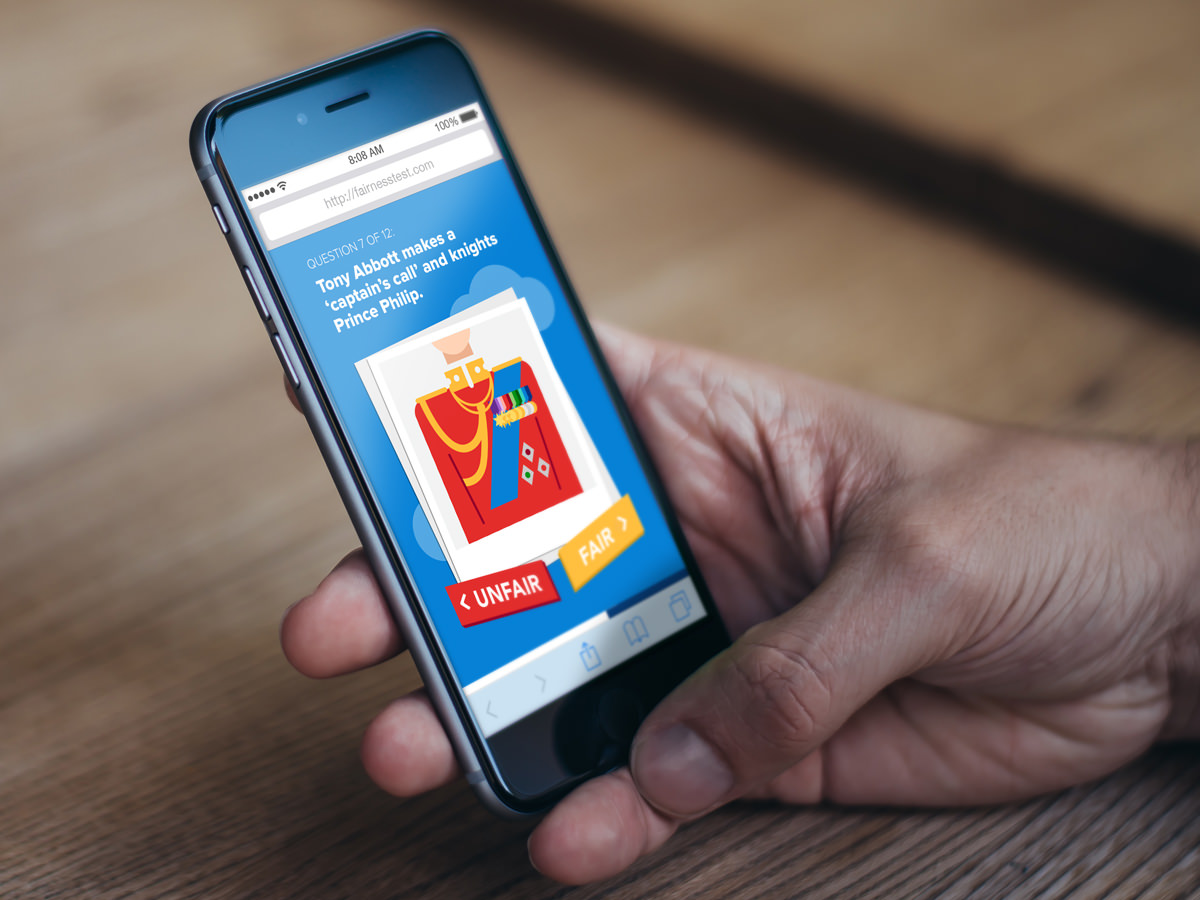 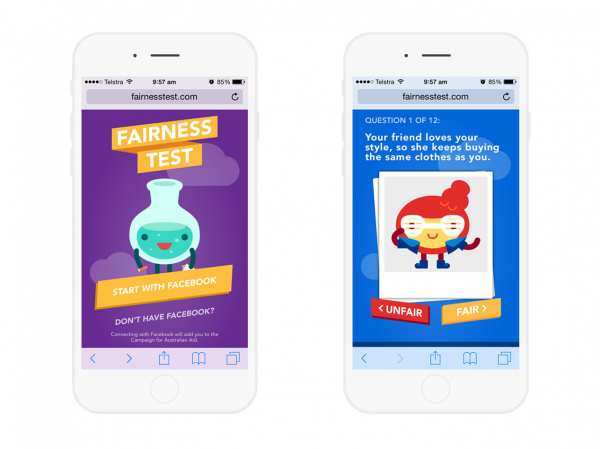 We commissioned research into the most important characteristics of 'Australia' and found that indisputably, Australians believed in fairness.

So we wanted to put that to the test.

Our strategy was to reach the persuadable middle of the aid argument, who largely sat in the 18-25 age group - a high propensity to care about the world, but undecided on the importance of aid.

What better way to reach young people than with a trashy quiz and cutesy archetypes?

We set about making a clickable test, where people make moral judgements about the fairness of current issues. From vegan barbecue goers to the supermarket milk wars, the questions draw down on increasingly tricky questions.

At the centre of the idea was that if we could engage people, asking their opinion on relevant issues – with no right or wrong answer – we could show young Australians that their natural inclination to fairness means that they’re equally inclined to support Australian aid.

We used social media to promote the campaign, with advertisements that took real-time questions of fairness, from Taylor Swift dropping off Spotify to WA being granted an additional public holiday. As the campaign was building momentum, we met people at the exact point where they’re looking for distraction, the train ride home, with a full page ad in the Sydney and Melbourne MX.

More than 37,000 people started the test with a huge 85% completion rate. Each person who made it through the test received a profile of fairness, a shareable character with attitude.

32,000 people completed the test, adding their names to the Campaign for Australian Aid as a result, and the fight for a fairer budget for funding for international development continues.